She read a post written by Chriselle Lim on The Chriselle Factor which inspired my momma to answer those questions herself.

She then forwarded the questions to me. 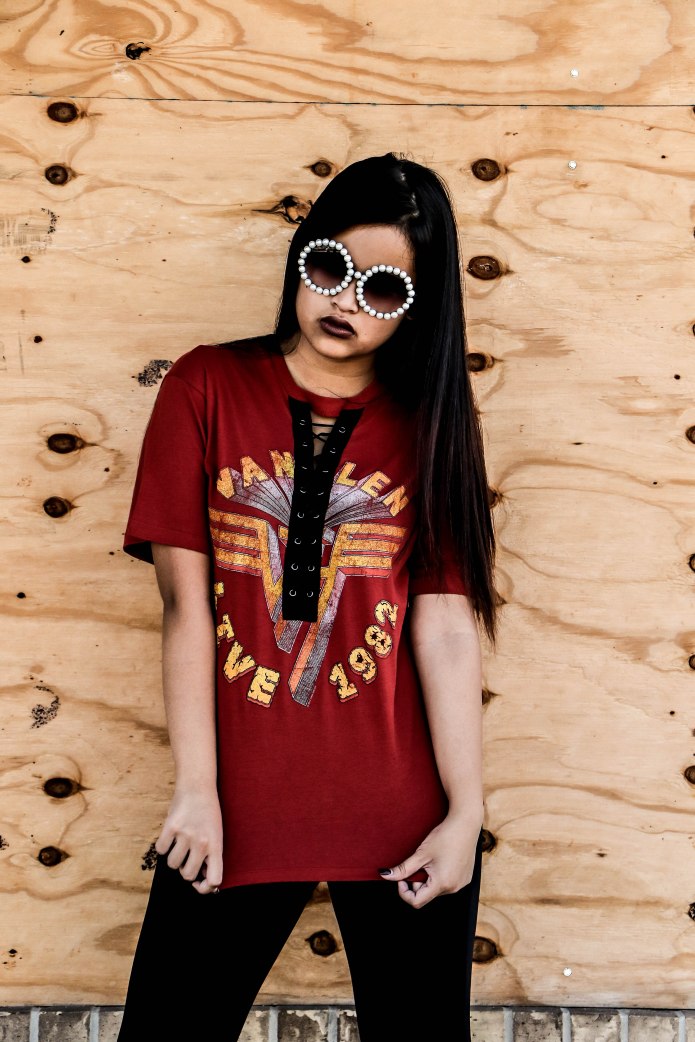 As the title implies, the questions are pretty deep.

So I thought that it’d be better to split them into three in order to not send your brain into overload with my answers. Plus considering that these questions spark equally deep answers, one post encompassing such lengthy paragraphs might be a bit much. 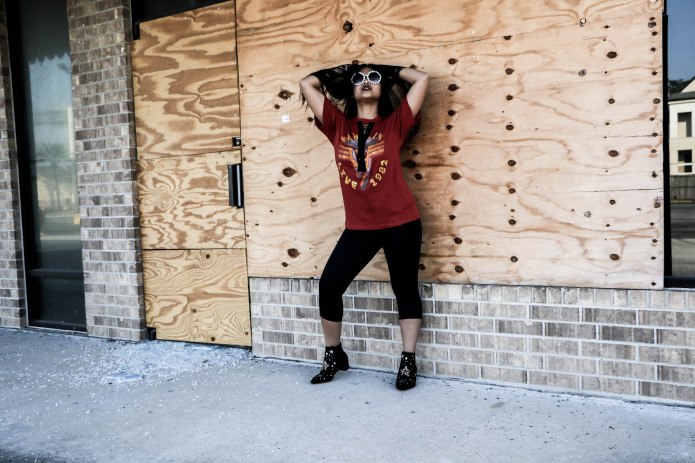 What were my best achievements this year (2017)?

For those who don’t know, which is probably most of you, there was point during my high school experience wherein I sincerely believed I would not be able to graduate from high school or want to live long enough to see it happen. But once I realized that I both needed and should not be shamed of asking for help, the world began to not look so grim and dark anymore.

For similar reasons I did not think I would make it to college.

I also had a fear, that I think the majority of students have, that I wouldn’t be accepted into any university. Rejection is already a bitter pill to swallow. Imagine being rejected multiple times at such a fragile time. If it weren’t for the fact that applying to schools is quite expensive itself, I probably would’ve applied to twenty (I ended up applying to eight with some ending up being free).

Persevering will always be my greatest achievement.

Shades from Poshmark. Lips are By Terry called Chocolate Tea. 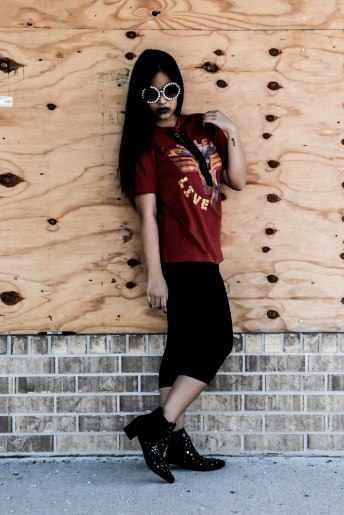 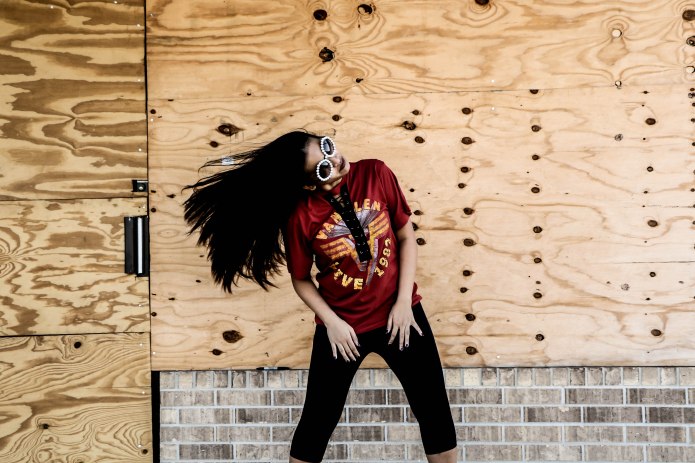 How did these achievements make me feel?

For my high school graduation I was initially in denial.

Once it began to sink in I became excited, relieved, and with a slight feeling of dread.

I did not like my high school. At all.

While it gave me a pretty good education, the white privilege and overbearing focus on athletics was discouraging for anyone else who did not fit the mold. So once I faced my impending departure, I practically yelled “Hallelujah!”

It’s always exciting to start a new phase in one’s life, just as it is terrifying. Leaving behind what and who you know for something new, especially on your own, can freak any person out.

After a month into university, I began to truly love being a college student. I felt accomplished and excited that I was finally beginning my studies in a field that I’m passionate about and interested in.

Overall I feel proud about what I’ve accomplished.

And slightly still in denial because it seemed not too long ago that I was finishing fifth grade at Frostwood Elementary School.

What were my 3 biggest challenges or obstacles I faced this year (2017)? How did I overcome them? Who did I become as a result?

My greatest challenges was coming to terms with saying goodbye to my family and friends at home, transitioning into university life and thus living on my own, and making more of an effort to socialize.

Saying goodbye to anything or anyone, whether good or bad (thankfully good in my case), is a heart-wrenching thing to overcome. When I refer to goodbyes, I mean saying farewell to what you’ve had for a long time and have always known. For me that was seeing my mother and being with her everyday, as well as joking and eating with my friends everywhere we went. I’ve come to realize, however, that just because my norm has now changed it doesn’t mean that I’ll never have those things again. Winter and summer vacations allow me to have them without having to give up the new norm I’ve come to know.

Surprisingly, transitioning into college life was much easier than I had expected. I suppose I was more willing to meet and talk to new people than I was in high school. In high school, many of the students were the same from middle school and thus nothing really changed for me. But at university I was more open to my new environment and new people that came with it. I suppose it’s also because I knew that I couldn’t just be on my own forever 24/7. According to my philosophy class, man will always needs friendship as much as he needs water to live. I’m glad that I went for it because I’ve met some pretty incredible people here at UD.

As I mentioned before, socializing required a greater effort on  my part. Perhaps it’s just in my nature or maybe it’s because of my homeschooling, but I’ve always been more of an introvert. After I began managing my anxiety and depression, however, I decided to go out more and de-stress with my loved ones. Like it would with anyone, going out of one’s comfort zone and pushing yourself is never an easy task. But it allowed me to have new experiences (that I was still comfortable with because, you know, college) that brought me to meet people that have helped make my college experience wonderful and memorable (for the right reasons). 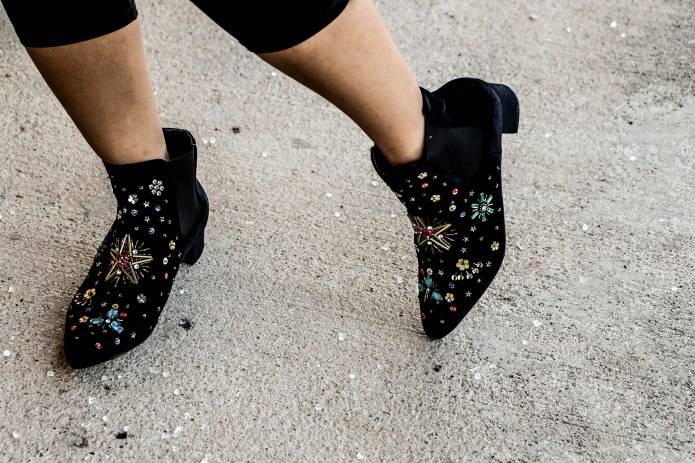 Here are the questions for you to answer as well:

1. What were my best achievements this year?

2. How did these achievements make me feel?

3. What were my 3 biggest challenges or obstacles I faced this year? How did I overcome them? Who did I become as a result?

4. How have I developed or changed as a person?

5. What have I done differently this year? What new people have I met or new experiences have I had?

6. How much fun have I had this year? Was I fulfilled?

7. Who has helped me, been influential, or impacted my life this year?

9. Is everything I have done this year in alignment with my big dream or goal?

By theworldaccordingtoeve
On January 22, 2018
7 Comments