Little Me, In Paris For those of you who don’t know, I spent my first semester of the current school year in Europe. The University of Dallas has what is called the Rome Program. A group of 95 students, 5 professors, and a small group of staff live together for four months on the outskirts of Rome. Almost every weekend is a four day weekend, so everyone is allowed to travel outside of Italy until classes resume late Monday morning. There were also tons of class trips made throughout Italy and Greece.

I was fortunate enough to visit the City of Lights twice.

It took both times and two 3 hour visits for me to barely finish one floor of the Louvre. And let me tell you, that Mona Lisa is teeny. The museum taunts you by putting up signs everywhere saying “She’s this way” and making visitors climb stairs after stairs after stairs. And of course you do so quickly because you want to get there before the crowd gets too big. But at least I got to say that I saw it in person.

The museum is a maze. It is never ending in its treasures and beauties. The floor I explored was 1 (the others being -2, -1, 0 and 2). My personal favorite was the Denon Wing, in particular the Napoleon III Apartments.

There is also a great cafe called Hubsy that I recommend to college students visiting Paris. It is exceedingly cheap considering all the things they provide you. You pay a set fee depending on the number of hours you are there, and in return you get free WiFi and unlimited snacks and drinks. It also helps that the place itself is pretty cozy.

Lucky for us, climbing the Arc de Triomphe was free!

Since we had to stay for such a long time in Italy, everyone has student visas that made us legal residents of the EU for the time being. Apparently for EU residents it’s free to climb the monument!

The climb, while exhausting, was worth it in my opinion. The view allowed us to see not only the overall city, but also the Eiffel Tower during it’s light show. It was just a few of us, fooling around in the cool air while looking around like the tourists that we are.

During my second visit, we took a day trip to the Palace of Versailles.

Although we had purchased tickets online, the line was simply horrendous. It was so long that it created three huge loops outside the palace, kind of like a huge snake. And while the wait was long and the heat was strong, our little group passed the time making jokes and playing games.

The palace is gorgeous.

With it’s black and white tiles and elaborate gold ornaments, the palace was indeed beautiful. A friend and I even had a meal there. Albeit a little expensive, but delicious nonetheless (with a much cheaper dinner that night). Their orange juice was probably one of the best I’ve ever had. It even came with their own fancy bottle and label! 😀

I was most excited to see the Hall of Mirrors, but ended up falling in love with other items within that room. While the mirrors were indeed impressive, it was the multiple chandeliers and painting-covered ceiling that made me awestruck.

We ended the trip with some macaroons from Laudurée. Expensive, and small, but delicious! If you ever visit one, make sure to get a ribbon there! There’s blue, green, lavender and pink. 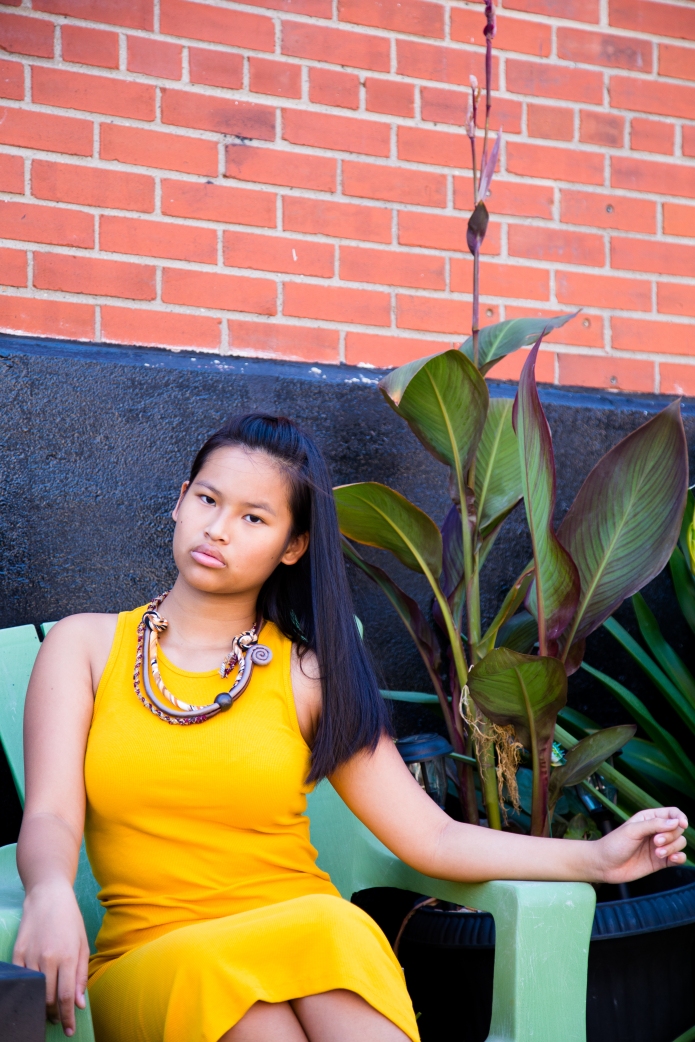 My favorite part of both my trips to Paris was seeing the Eiffel Tower at night.

After the trip to Versailles, we took our macaroons and sat down in an open space right in front of the Tower. It’s a clear, grass field that is open to the public and perfect for seeing the entire Tower.

There were tons of people there.

Families with their children playing around, couples taking romantic photos, and groups of young adults just like us having picnics.

We watched the sun set right before the light show began.

The rest of the night was spent eating our macaroons, making funny videos, and dancing along to “Stand By Me.” It was one of my favorite moments in the entire semester. And while I was blessed to see Paris twice, there is still so much more to see and do there!

Such as climbing the Eiffel Tower (once I earn more money, of course).

And visiting Saints Chapelle with all its glorious stained glass!

And the booklover in me must of course visit Shakespeare and Company too!

There is still so much wonder to discover in the city that I have yet, and will hopefully one day, see for myself.

I will, however, warn future fellow university student visitors that Paris is very expensive. It is a very hectic place and their Metro system made my head hurt.

But Paris will always have a special place in my heart, as it was the first time I had ever traveled somewhere without any parental OR school guidance. Not to mention that it’s also the first, and I proudly proclaim the only, place I was ever lost in.

With a dying phone.

It was truly an experience to remember. By theworldaccordingtoeve
On February 20, 2019
4 Comments