I’m starting off with the fiery and passionate Jasmine from the movie Aladdin. The film was part of the era known as the Disney Renaissance which is known for its amazing and successful animated movies. The story and its characters are based on The Thief of Bagdad and One Thousand and One Nights. 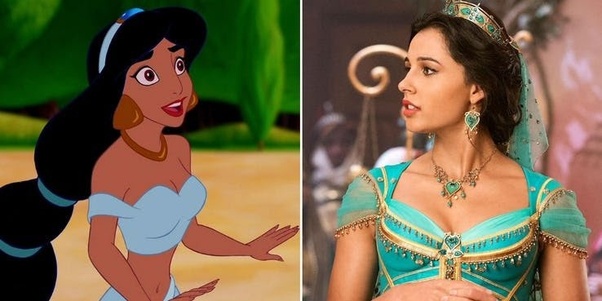 Jasmine in the animated and live-action movie Aladdin.

For every “Which Disney Princess Are You?” quiz I’ve ever taken, I almost always get Jasmine as my result. I’m guessing it has something to do with her sassy and stubborn personality 😉 I also distinctly remember owning a Princess Jasmine costume with the headband and everything! It was a choice between her outfit and Ariel’s from The Little Mermaid.

I’ve always appreciated how she was a strong character without compromising her compassion. As well as the fact that she is the first non-European princess and comes from the Middle East. It was the beginning of diversifying the Princess Line and representing people of color. 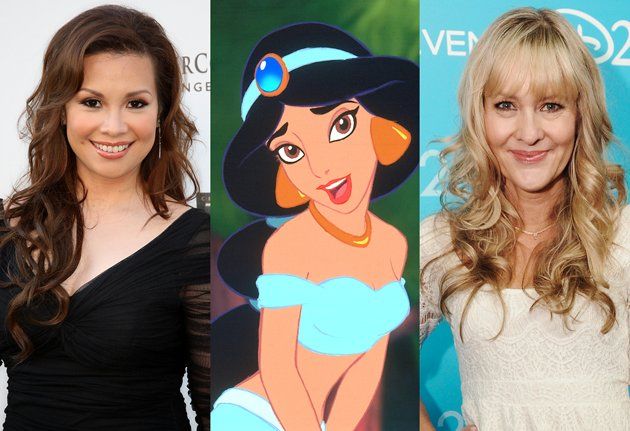 Lea Salonga (left) was the singing voice and Linda Larkin (right) was the speaking voice for Princess Jasmine.

When it was announced that Naomi Scott would be playing Jasmine I was so excited! In my opinion, the character was perfectly cast and there is no one better to play the sultana.

I remember the actress from Lemonade Mouth when she played Mo the bassist. She struggled with self-expression in the face of her father’s strict parenting. Her breakout from being “the perfect Indian daughter” is best seen in the song She’s So Gone.

Naomi Scott is an amazing singer and actress that portrayed Jasmine beautifully. Her shining moment was, of course, her speech to Hakeem after Jafar’s takeover and the song Speechless. The song literally make me feel like I can achieve anything and encourages me to speak up for what I believe in.

By theworldaccordingtoeve
On June 15, 2020
4 Comments

These past months have been the first time that I’ve not only lived in an apartment, but also on my own. I never thought that it would be so hard […]
On My Own
Loading Comments...
%d bloggers like this: